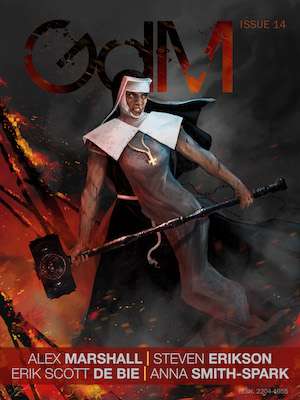 And that’s it for now in terms of what I’m willing to talk about, because it turns out I am incredibly superstitious and don’t like even hinting at works in progress until there’s a draft I’m happy with and a contract in hand. That said, I do hope to have some major announcements before the end of the year, as the bigger projects I’m developing sloooooowly coalesce. Thanks for your patience, and trust that it will be worth the wait!

Also: over the last few months I’ve received some really great fan letters and thoughtful reviews, and seen some incredible Crimson Empire fan art. It gives me all the warm and fuzzies–there’s no better sensation than discovering your work has resonated so powerfully with a stranger that they’ve been moved to contact you, tell the world in a write-up, and/or create their own art. I have the best readership. Thank you!

This site uses Akismet to reduce spam. Learn how your comment data is processed.